KNOW WHAT IS NORMAL FOR YOU

• BREAST SELF EXAM: A tool that may help you learn how your breasts look and feel. Report any changes to your health care provider right away. 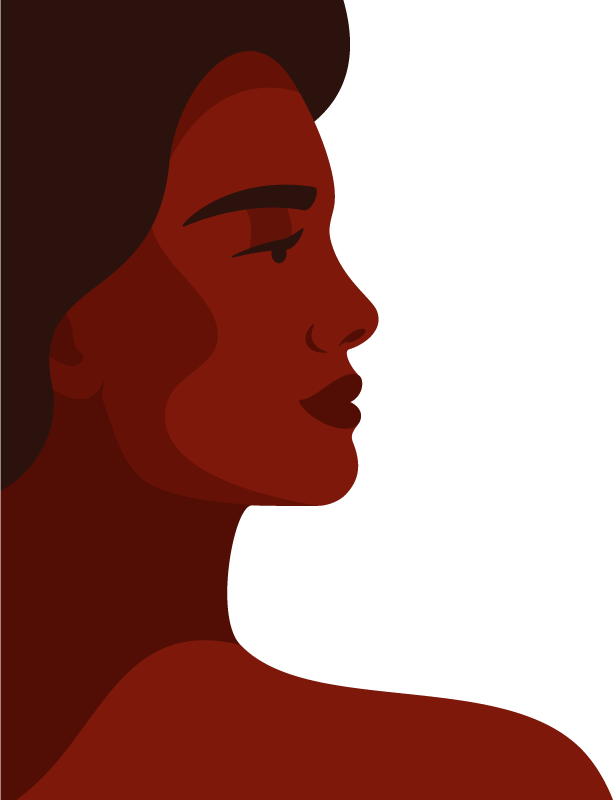 New lump in the breast or underarm (armpit).

Thickening or swelling of part of the breast. Irritation or dimpling of breast skin.

Nipple discharge other than breast milk, including blood.

Any change in the size or the shape of the breast.

Pain in any area of the breast.

Keep in mind that some of these warning signs can happen with other conditions that are not cancer.

If you have any signs that worry you, be sure to see your doctor right away.

Breast cancer screening means checking a woman's breasts for cancer before there are signs or symptoms of the disease. Three main tests are used to screen the breasts for cancer. Talk to your doctor about which tests are right for you, and when you should have them.

A mammogram is an X-ray of the breast. Mammograms are the best method to detect breast cancer early when it is easier to treat and before it is big enough to feel or cause symptoms. Having regular mammograms can lower the risk of dying from breast cancer.1 If you are age 40 years or older, be sure to have a screening mammogram every one to two years.

A clinical breast exam is an examination by a doctor or nurse, who uses his or her hands to feel for lumps or other changes.2

A breast self-exam is when you check your own breasts for lumps, changes in size or shape of the breast, or any other changes in the breasts or underarm (armpit).

Which tests to choose: Having a clinical breast exam or a breast self-exam have not been found to decrease risk of dying from breast cancer.1 Keep in mind that, at this time, the best way to find breast cancer is with a mammogram. If you choose to have clinical breast exams and to perform breast self-exams, be sure you also get regular mammograms.

Regular mammograms are the best tests doctors have to find breast cancer early, sometimes up to three years before it can be felt. When their breast cancer is found early, many women go on to live long and healthy lives.

When should I get a mammogram?

Most women should have their first mammogram at age 40 and then have another mammogram every one or two years. Talk to your health professional if you have any symptoms or changes in your breast, or if breast cancer runs in your family. He or she may recommend that you have mammograms before age 40 or more often than usual.

How is a mammogram done?

You will stand in front of a special X-ray machine. A technologist will place your breast on a clear plastic plate. Another plate will firmly press your breast from above. The plates will flatten the breast, holding it still while the X-ray is being taken. You will feel some pressure. The other breast will be X-rayed in the same way. The steps are then repeated to make a side view of each breast. You will then wait while the technologist checks the four X-rays to make sure the pictures do not need to be re-done. Keep in mind that the technologist cannot tell you the results of your mammogram.

Having a mammogram is uncomfortable for most women. Some women find it painful. A mammogram takes only a few moments, though, and the discomfort is over soon. What you feel depends on the skill of the technologist, the size of your breasts, and how much they need to be pressed. Your breasts may be more sensitive if you are about to get or have your period.

An example of a normal mammogram is shown below. Each woman’s mammogram may look a little different because all breasts are a little different. A doctor with special training, called a radiologist, will read the mammogram. He or she will look at the X-ray for early signs of breast cancer or other problems.

Tips for getting a mammogram.

Try not to have your mammogram the week before you get your period or during your period. Your breasts may be tender or swollen then.

On the day of your mammogram, don’t wear deodorant, perfume, or powder. These products can show up as white spots on the X-ray.

Some women prefer to wear a top with a skirt or pants, instead of a dress. You will need to undress from your waist up for the mammogram.

What is the risk of breast cancer for African American Women?

What is the risk of breast cancer for Asian American/Pacific Islander Women?

The most frequent cause of cancer death among Filipina women (11.9 per 100,000) is breast cancer. However, aggregate data may mask the fact that for particular subgroups, such as immigrants, native Hawaiians, the economically disadvantaged and the elderly, breast cancer incidence and mortality risk may be higher.

Only 48.5 percent of Asian and Pacific Islander women 50 years and older in the U.S. have had a mammogram or clinical breast examination within the last two years—the lowest rate of screening among all racial/ethnic groups.

For Asian Americans who immigrated to the United States at least a decade ago, the risk of breast cancer is 80 percent higher than that of new immigrants. For those born in the U.S., the breast cancer risk is similar to that of Caucasian women.

The Hispanic population is the fastest-growing population and the largest minority group in the United States. Hispanic Americans make up approximately 12.5 percent of the U.S. population, and that number will increase to somewhere between 19 and 24 percent by 2050, according to the 2000 U.S. Census.

What is the risk of breast cancer for Hispanic American/Latina women?

Breast cancer is the most commonly diagnosed cancer and the leading cause of cancer death among Hispanic American/Latina women. Although breast cancer is diagnosed about 30 percent less often among women of Hispanic origin, it is more often diagnosed at a later stage (when the disease is more advanced) than when found in non-Hispanic women. This is true even when access to health care is adequate. Hispanic/Latina females also have the highest rates of cervical cancer of any ethnic group, including whites. Both of these distressing statistics are related to Hispanic/Latina women not getting adequate screening with mammograms, clinical breast exams and Pap smears.

Lack of access to health care is a major barrier to early detection and treatment of breast cancer and one that many Hispanic women face. More often than any other group, Hispanic Americans/Latinos have no regular source of health care.

What can Hispanic American/Latina women do?

Many health departments and large hospitals now have Spanish translators to help healthcare providers communicate with Spanish-speakers. If you need one, ask.

If you are age 40 or above, get regular mammograms and breast exams (talk to your health care provider about how often). Spread the word to women you know to do the same.

Be an advocate for your health care. If you have been diagnosed with breast cancer, become informed about your diagnosis, treatment, and long-term follow-up care. Participate in making decisions about your care. Communicate as much and as openly as possible with your health care providers. If you are not comfortable talking openly with a provider, look for another provider that you can trust.

The survival rate of men and women is comparable by stage of disease at the time of diagnosis. However, men are usually diagnosed at a later stage because they are less likely to report any symptoms.

Treatment of male breast cancer is the same as treatment for female patients and usually includes a combination of surgery, radiation, chemotherapy, and/or hormone therapy.